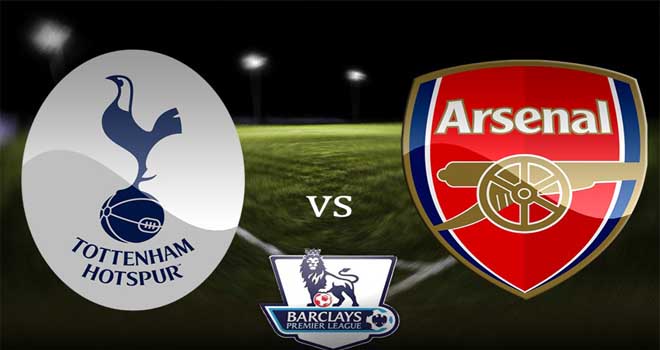 Tottenham Hotspurs forward Harry Kane equalized the game after returning from injury. It was a 1:1 draw against the Arsenal in the English Premier League at Emirates Stadium. Theo Walcott strikes with an excellent effort but unfortunately, it hits the post. Arsenal takes the lead through Kevin Wimmer’s incredible goal before the 1st half break goal with a header passes through Hotspurs goalkeeper Hugo Lloris from Mesut Ozil’s incredible cross pass in the 42nd minute of the game. Harry Kane made a successful goal despite his seven-week absence, He was able to equalize the game from the penalty area following Laurent Koscielny’s foul on Mousa Dembele. As a result of this only means that Tottenham Hotspurs Football Club remains unbeaten. But still, they will remain three points away from the Arsenal Football Club in terms of the rankings at the English Premier League table.

Harry Kane suffered an ankle ligament injury and as well as Dele Alli who are experiencing Knee problem after their training before the match. The 23-year-old England international footballer almost scores with a diving header an opening goal at 21st minutes coming from the cross coming from Christian Eriksen. Alex Iwobi struggles to score as Alexis Sanchez were assisting him but his efforts were easily been cleared by the Hotspurs goalkeeper Hugo Lloris. However, The Gunners were able to make a successive goal before the first half ended. Kevin Wimmer was able to score with a header at the 42nd minutes of the game. Arsenal squad are firing on all cylinders as Theo Walcott attempted to score but his efforts have been denied and it went off outside the area. Mesut Ozil flashes the rebound over the bar on the half-volley.

Arsenal was able to take the lead in just three minutes as Mesut Ozil’s free-kick was converted by Kevin Wimmer into the goal with a header. However, the replay shows that Alexis Sanchez was arguably involved in the play and was offside from the German’s cross. The Hotspurs squad slightly improve after the 1st half, and Laurent Koscielny drawing a challenge with Mousa Dembele that makes Harry Kane stepped up, the equalizer shot from the 23-year old England footballer celebrated his 5th goal in the north London derby match and he is already 14 goals in 14 games against other clubs from the capital.

Petr Cech superbly deflecting Christian Eriksen’s from 12 yards wide of the post. Harry Kane was not able to divert the far post after Danny Rose guarded him out. The unmarked Granit Xhaka was just inches away from converting Alexis Sanchez cross, However, on the other side, Eric Dier did superbly to block Hector Bellerin’s strike from close range. Christian Eriksen hits the post with six minutes remaining with a deep cross coming from the left byline goes to the crowd in the penalty area.A 90th-minute substitute from Arsenal with Olivier Giroud but fails to score with the Hotspurs goalkeeper Hugo Lloris with a header. The Tottenham Hotspurs Football Club are winless against Arsenal Football Club since November of the year 2010. Meanwhile four of their last matches in the north London derbies in the English Premier League ended in a draw.