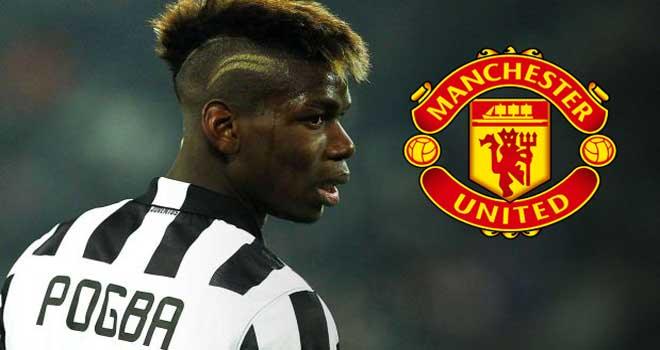 Pogba, the 23-year-old French footballer the £110m world record move from Juventus to Manchester United has already been agreed between the two clubs. Manchester United side agreed to pay the 30 percent sale on condition gratitude for Pogba’s agent who is Mino Raiola which was £25.1M aside from the payment to Juventus which £83.8M to complete the transfer of Paul Pogba.

When will be the transfer formally announced

Pogba is currently in the US attending the holiday and just recently finished his medical at Los Angeles, California under the new club. The player who had left away in 2012 is now coming back as a star-studded player in the new generation of football. Almost breaking the world record of Gareth Bale in 2013 by Real Madrid which was?span style=”background-color: #f5f6f5;”>£86M. Expected to receive £220,000 every week after deducting tax.

Pogba with Juventus playing and winning the Serie A title.

Why Pogba decided before to leave Manchester United

The world record Paul Pogba left his former team Manchester United due to the free transfer in 2012 and insufficient first-team opportunities under former Manchester United Manager Alex Ferguson. He only had several exposures in Manchester United. To be exact he only shows up 7 times in his career with them. That is the reason why he decided to transfer to Juventus an Italian team with Manager Massimiliano Allegri. Ever since that move happens Pogba becomes one of the best considering winning four Serie A titles. But in his 3 years at Manchester United he only got 3 exposures in the Premier League.