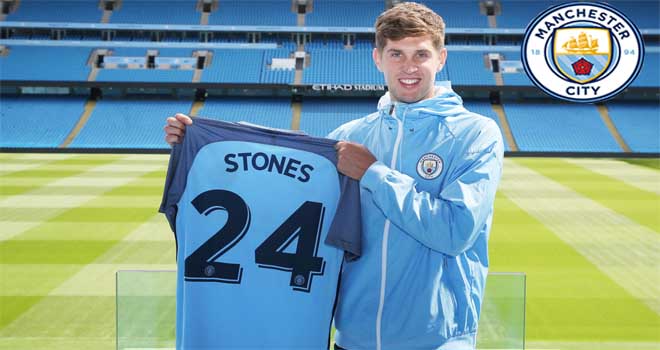 Everton’s John Stones completed the sign up with Manchester United under £47.5M deal the second most high-priced defender after Raheem Sterling of £49M way back in 2015. He is Guardiola’s eighth signing this upcoming Premier League last Tuesday as Manchester City’s final preparations. Manchester City is another team to watch out in the upcoming league on August 13, 2016, as Guardiola is looking forward to his first victory for Manchester City having their first match against Sunderland on August 14 under the new manager David Moyes.

Who is John Stones

John Stones is a 22-years old English professional footballer who will play in the Premier League for Manchester City as a defender and also plays with the England national team. He is mainly a centre-back, and he can also play as a right-back. He is a former player of Everton as a defender and just recently transferred to Manchester City under manager Pep Guardiola. He signed a 6-year contract and according to Stones “It will take me a few weeks to settle in and get my head around everything, but I’m super excited.”

Stones disclosed playing with Pep Guardiola at his side was one of the main reasons why he agreed to the transfer. According to the 22-year-old English footballer, he knows that there is a lot of improvement needed on his games and he thinks that it is the right decision to play under manager Pep Guardiola. “I’m so thankful I’ve got this chance to come here, train with the best and improve day in, day out. He’s a winner and that’s what’s going to rub off on everyone.” Stones said.