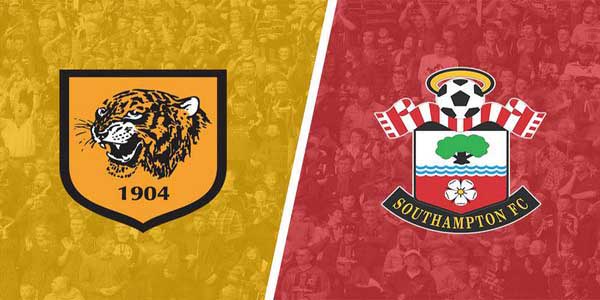 Hull City wins against Southampton a “win came from behind” at the KCOM Stadium after scoring a few minutes later after they equalized the score in the second half. The Tigers were being jeered on the first half after Southampton had the opening goal in the 6th minute of the game by Charlie Austin. However, Hull City turned the game on the second half the equalizer shot from Robert Snodgrass at the 61st minute of the game and less that 2 minutes another goal from Tigers team captain Michael Dawson that takes his team to victory. They ended the run of losing six times in the premier league but manager Mike Phelan’s team stays in the relegation zone while the Southampton squad remains in the mid-table position.

Hull City still accepted Dieumerci Mbokani and Robert Snodgrass despite having hamstring and ankle injuries. Southampton who made a wonderful start after a successful penalty kick in just six minutes of the game after a reckless tackle from Curtis Davion on Maya Yoshida. Referee Graham Scott awarded the penalty without hesitation. That leads the Southampton at an early advantage.

Southampton’s striker Charlie Austin did make a successful penalty kick beating up the Tigers goalkeeper David Marshall. This is Charlie Austin’s 8th goal in all their games for this season. Hull City striker Abel Hernandez was injured after having a nasty-looking knee problem at the first half as well as Will Keane having the same injury. Dusan Tadic tackled Rayan Mason in the first half but the referee was not able to see it. Virgil Van Dijk tries to release a shot 6 minutes after the break with a header but it hits the post. It seems that the Southampton midweek exertions in Europe appeared to be a problem to them. But Hull is taking advantage with it.

Hull City defender Harry Maguire missed a great opportunity to pull his team up. The 23-year old defender fails to goal from close range shot that was able to pick out by Robert Snodgrass with an equalizer shot at the 61st minute of the game. However, after the equalizer shot, Micheal Dawson was able to take a lead by the incredible Scotland international Robert Snodgrass passes the ball directly to the head of Dawson, the central defender rising a powerful header that the past through the Southampton goalkeeper Fraser Forster that makes the Hull City on lead. Southampton tries to win the match in the closing stages. Charlie Austin was being deflected by David Marshall and was being blocked by David Dawson as well just in time Samuel Raymond Clucas found a good position to release a clean shot but the referee conducted the final whistle to end the match. The match ended 2:1 home victory.