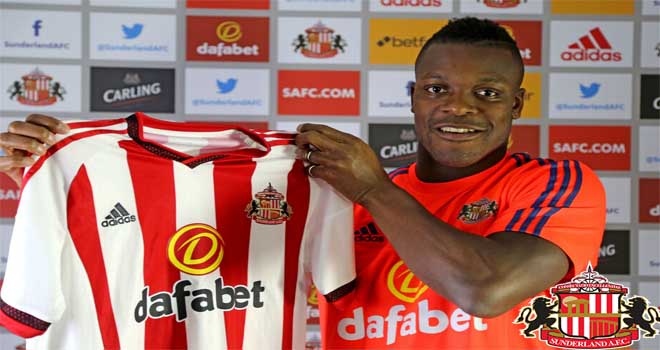 Lamine Kone will stay at Sunderland

Sunderland centre-back Lamine Kone has wholehearted his football career to the Sunderland after signing a new 5-year contract with Sunderland. The 27-year old Ivory Coast Footballer Kone had been linked to transfer with Everton. However, all rumors and speculations had come to an end after the new contract had been signed. Sunderland manager David Moyes declined Kone to leave the club during the free transfer window and was offered £18m which made Kone stays with the Black Cats until the year 2021.

Who is Lamine Kone

Lamine-Gueye Koné commonly known as Lamine Kone a 27-year-old is an Ivory Coast professional footballer who plays as a centre-back for English club Sunderland who just recently signed another 5-year deal with a fee of £18m. According to the manager “Lamine is an important player for this club and I made that clear to him from the outset,” Moyes said. “He has only been playing in the Premier League since January, but in that time we have already seen what he is capable of. The challenge for Lamine now is to build on what has been a very positive introduction to English football and to continue to improve and grow as a player.”