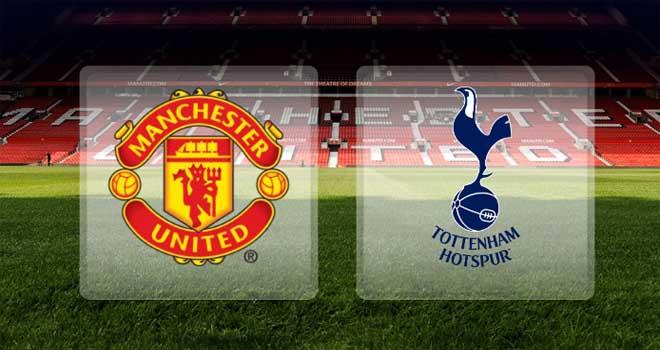 Manchester United was able to defeat Tottenham Hotspurs with 1-0 at Old Trafford. Henrikh Mkhitaryan was able to make his first Premier League goal at almost the 29-th minute of the game with a quick counter attack. The Armenian footballer was able to maintain his good condition from the previous match. He was able to break the deadlock less than 30 minutes from the game started. Manchester United serves a threat all throughout the match with their powerful offensive plays. However before the game ended Mkhitaryan needs to be treated after picking up an ankle injury. But his goal we’re meaningful for the squad as it was their first home league victory since September 24.

Mkhitaryan boosted the offensive play at the middle before Zlatan Ibrahimovic sliding at the right wing after receiving the ball. The Swedish striker was able to find an opening pass for Paul Pogba in the middle of the box but fails to deliver a successful goal against the Hotspurs goalkeeper Hugo Lloris did make a wonderful good stop. On the other side, Heung-Min Son attempted to equalize the score for his squad but unfortunately the ball went wide of the post. Toby Alderweireld did make a cross-field ball that connects with Dele Alli at the back post but with superb defending from Phil Jones they were not able to deliver a goal but rather the ball went wide.

Hotspurs strives hard as they looking for the better opportunity to score. But Manchester United goalkeeper David de Gea was able to push an outstanding free kick at the 19th minute that came from Christian Eriksen. Meanwhile, Manchester United Vice-captain Michael Carrick that found Ander Herrera inside the box that also finds Henrikh Mkhitaryan that strikes the ball directly to the goal. Unfortunately, Jan Vertonghen was able to deny the Armenian footballer’s attack resulted in a corner.

Danny Rose easily blocks Phil Jones header and another outstanding defensive play from the visitors. Ander Herrera also tried to break the deadlock from a long range shot but was collected by Hugo Lloris. Minutes later Henrikh Mkhitaryan made his on goal at almost the 29th minute of the game. It came from It was a careless pass from Edward Kane that resulted in Henrikh Mkhitaryan’s first goal in the Premier League.

Paul Pogba attempted to goal as well but the chances that were given to him was been denied twice in quick succession as to the game were entered into the final hour. He screw up with the free kick in the 64th minute of the game and fails to succeed on delivering the second goal at the top of the box minutes later after Manchester United had a good opportunity. His efforts were easily been palmed away by Hugo Lloris. Unfortunately Henrihk Mkhitaryan’s picked out an ankle injury 5mins before the game end after drawing a challenge against Danny Rose. The game ended with the hosts victory 1-0 ending their 3 consecutive draws.