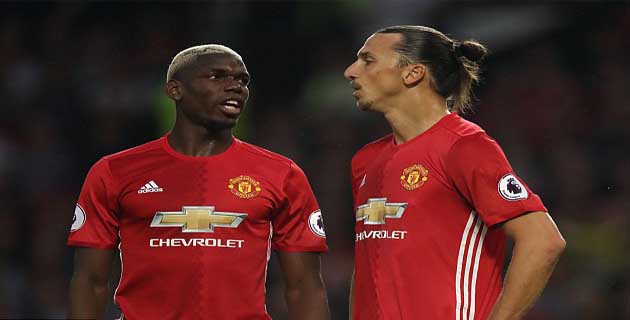 Manchester United Football club has the highest remuneration in the world according to a global sports salary survey. This survey is conducted every once a year by a sporting intelligence website. The Manchester United’s first-team squad earns £5.77 million-a-year basic salary on average, which means weekly they are earning £110,961. Wherein the doubles the average basic first team pay in England’s top division with a value of £2,438,275-a-year and if it is weekly it should be £48,766 per week.

The Manchester United Club ranks to be the fourth highest paid in the world sport. Behind them are the well-known basketball team which is the Cleveland Cavaliers of the NBA with £6.54m a year. Followed by New York Yankees of the MLB with £5.81m a year and LA Clippers of the NBA with £5.78m. The fifth place is under Barcelona Football Club under £5.64m and Manchester City ranks at 9th place with £5.42m.

In English Premier League season 2016-2017. The Manchester United and The Manchester City were followed by Chelsea with £4.51m, Arsenal with £3.71m, Liverpool with £3.01m and last but not the least Tottenham Hotspur with £2.68m. The lowest remuneration in the English Premier League is the following Burnley at £0.95m, Bournemouth with £1.1m, Hull City with £1.22m and Middlesbrough with £1.22m. However, these value of money is still higher if you are going to compare it with the Scottish champions Celtic with 0.71m.

Manchester United have the three players wherein considered as top-paid players in the history of football. Paul Pogba receiving £15.1m per year if we are going to convert it weekly he is receiving £290,000 followed by Wayne Rooney paid with £13.5m for a year or £260,000 weekly and Zlatan Ibrahimovic earns £13m per year or £250,000 every week.