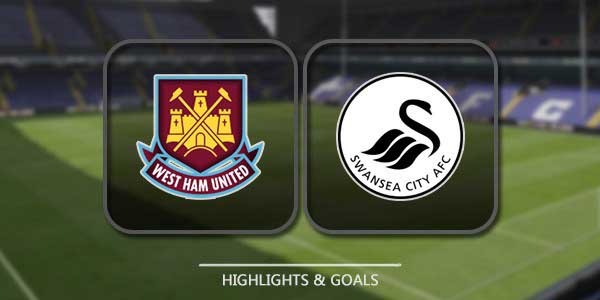 West Ham United dominated Swansea City at Liberty Stadium the game ended with the score 1-4 on Boxing Day. Andre Ayew delivers a nightmare to his former club with his opening goal at the 13th minute of the game. West Ham United still dominated in the second half with just five minutes after the break Winston Reid were able to double the score at the 50th minute of the game and Michail Antonio who scored 12 minutes before the stoppage time to secure the victory of the squad taking advantage of the poor defense of the hosts. However, Swansea did score at least one with Fernando Llorente’s late strike but in return, another goal was been successfully delivered by Andy Carroll. The game Resulting West Ham United Football Club ranking went up to 11th place at the Premier League table.

The hosts started the game very well a pretty disappointing game for them as the Hammer takes the lead at the 13th minute of the game. It was a long ball that Carroll was able to connect and directly headed across goal. Swansea City goalkeeper Lukasz Fabianski deflected the ball to André Morgan Rami Ayew the hosts cannot launch a quick counter attack and they could not afford to miss again from a few yards out. The Hammers continues to pressure the host.

Borja Baston was incredibly was given a chance to prove himself. But still, cannot find his first goal for the English Premier League Cup. Darren Randolph was incredible as he was able to deny Gylfi Sigurdsson from a free kick. Unfortunately, as the game goes by the frustration on the Liberty Stadium continues. The Hammers aggressively penetrates the Swansea City squad poor defense wherein their efforts were paid off as they were able to double their lead beating three defenders to a corner and delivered the ball on the net.

Darren Randolph showed where he was capable at. He was at his best on his defensive skills that save the Hammers from threat. He astoundingly denied Angel Rangel with a clever stop before the Swansea City substitute Fernando Llorente scored for his squad. Minutes later the 3 goal advantage were returned to the Hammers as Andy Carroll were able to to deliver another goal before the stoppage time that passed through Lukasz Fabianski. It seems that Bob Bradley needs to be serious to turn things around in the coming transfer window. The match ended in 1-4 visitors victory as the referee conducted the final whistle.