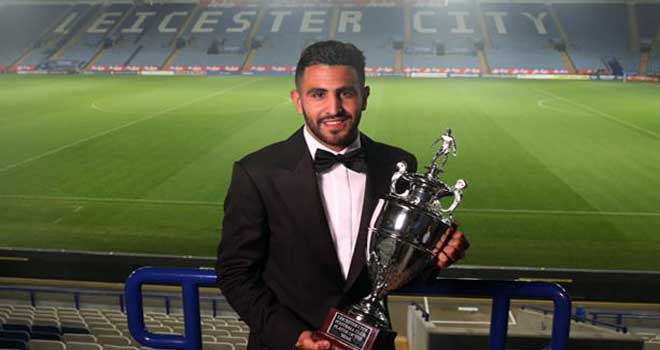 The last season PFA Players’ Player of the Year for the last season Riyad Mahrez had recently sign a 4 years contract deal with Leicester City under manager Claudio Ranieri. The rumored moved to Arsenal did come to an end. The 25-years-old Algerian superstar committed staying at Leicester until 2020 that gives a vital boost in resigning his contract for four years with the Foxes. Following the decision of Jamie Vardy of staying at the Leicester City Foxes which includes a noteworthy salary raise. According to Mahrez “two or three clubs in the world” could tempt him away from Leicester”?/em>and have no intention of leaving the premier league. Mahrez added.

Who is Riyad Mahrez

Is an Algerian professional footballer player that is playing for Foxes in Leicester City. Riyad Mahrez was a former player of Le Havre when Leicester City scout Steve Walsh was checking out his teammate Ryan Mendes in a match. But Mahrez caught his attention. Mahrez thought that the Leicester City English Football Club was a rugby team since he never heard it before.

Way back January 11, 2014, he signed a 3-year and a contract with the Foxes and a little while back he started another 4-year contract with them. Before the premier league start , there are some rumors that he will be transferring with Arsenal with his teammate Jamie Vardy. He was the PFA Player of the year in the season of 2015-16 for making 17 goals and added 11 assists that made a difference that help out to make Leicester City to be the champions of the Barclays Premier League.