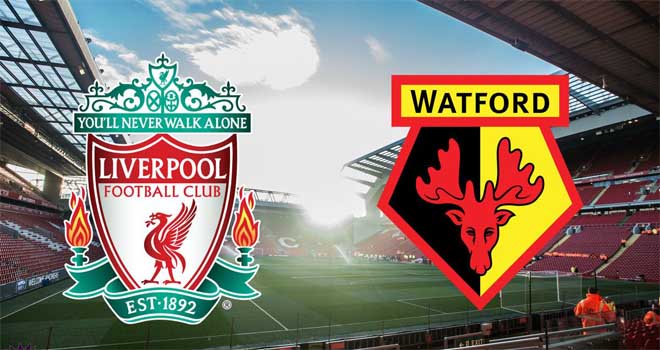 Liverpool had a plenty of misses before they were able to break the deadlock. Adam Lallana’s cross found Roberto Firmino in the box but was saved by Watford’s goalkeeper Heurelho Gomes. The Watford’s goalkeeper had struggles at the start of the game eight minutes he was able to save a header coming from Lucas Leiva before Philippe Coutinho misses the shot at 6 yards. Sadio Mane shot but didn’t make it. It went wide of the upright.

Roberto Firmino also shot wide in the 24th minute of the game after Philippe Coutinho forced him inside the box. But Sadio Mane finally found an opportunity to the take the lead in the 27th minutes of the game. This is where the time Liverpool throws outstanding offensive plays. Followed by Philippe Coutinho at 30th minutes from the left wing. He made his way penetrating the Watford defenders and was able to find a way between the legs of Younes Kaboul.

Heurelho Gomes had been replaced by Costel Pantilimon because he injured his knee after trying to save a goal from the Liverpool’s attack. Costel Pantilimon was not able to stop the Liverpool’s momentum. Emre Can score at the 43rd minute of the game. Running score is 3-0 before the halftime ends. Despite the scoreline, the Reds did not stop Philippe Coutinho going aggressively opening five minutes of the second half but his effort from the top of the box hits the crossbar.

Roberto Firmino added another score for the Liverpool at the 57th minute of the game. Adam Lallana penetrated the defense of Watford and was able to see an opportunity to pass the ball to Roberto Firmino who scored home past Costel Pantilimon at blank range. Sadio Mane also scored his second goal of the game against Watford after three minutes with a tap-in from Roberto Firmino’s cross. The Reds are dominating Watford scoring 5-0 at 60th minutes game. Liverpool’s Loris Karius did make a very well saved twice in a quick succession saving out Etienne Capoue and denying Odion Idaho’s attack.

Daryl Janmaat eventually beats the Liverpool goalkeeper Loris Karius at the 75th minute of the game he was able to deliver a goal however they are clearly losing to the opposite side with 5-1. Georginio Wijnaldum added another score for the Liverpool on the final minutes of the game making it 6-1. Costel Pantilimon block from Daniel Sturridge the ball bounces to the Dutchman’s path and excellently fires the shot with a superb finishing goal for and he slid home to seal a superb victory for Jurgen Klopp’s. The game ends in 6-1 full time making it for the Liverpool Football Club on top 1 spot.