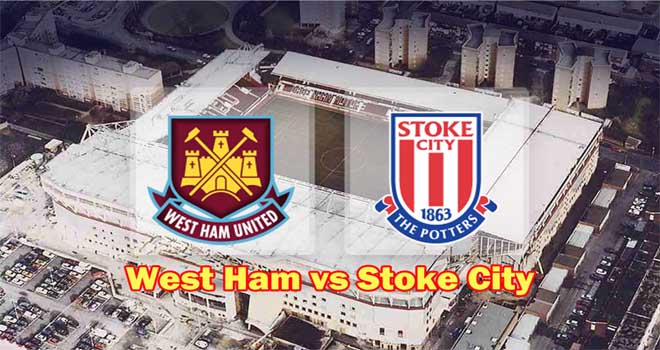 Stoke City forward Bojan Krkic had become the hero of his squad after a successful equalizer shot at the 75th minute of the game against West Ham United. The draw makes the Potters unbeaten in their last six games. Both teams had difficulties of looking great opportunities to score when the Hammers took the lead in the 2nd half of the game. The goal came from Glenn Whelan at 65th minute of the game after a superb cross came off from Dimitri Payet. Glenn Whelan’s header beats Stoke City goalkeeper Lee Anderson Grant in the near post.

West Ham goalkeeper Adrián San Miguel del Castillo might have admitted a penalty for a foul on Jonathan Walters. However, the referee ignores him and continues the play. Bojan Krkic volleyed the ball from his teammate cross pass and they almost take the late winner but Adrián San Miguel del Castillo was able to deflect Charlie Adam’s free-kick. West Ham United produced only one opportunity with Pedro Obiang’s header but I was been saved by Stoke City goalkeeper Lee Anderson Grant.

The Hammers manager Slaven Bilic brought Ashley Fletcher and Edimilson Fernandes and moves Michail Antonio up front. The Hammers switch made an impact after they took the lead in the 65th minute of the game. Michail Antonio was kinda frustrated for not being ascribed with the goal of Glenn Whelan. On the other side, Stoke City manager Mark Hughes made as well a double substitution bringing Bojan Krkic and Peter Crouch. It was a switch with a very quick result minutes later the Stoke City squad was able to equalize the score wherein the probable cause was the West Ham United squad defense were penetrated. Bojan Krkic with his 7th appearance in the English Premier League for the season 2016-2017 has scored his second goal of the season.

The Hammers were actually playing at their new stadium for the first time after the audiences destroys the stands on their EFL Cup win against Chelsea. West Ham United Football Club is now unbeaten for fourth time overall competitions at London Stadium. The Hammers slightly improved after the break compared to their 1st half performance. However they are still lacking of ball control and did managed only to released two strikes on target compared to Stoke City Football Club with four strikes on the target. West Ham United squad are frustrated a bit after not getting a three point that will up their ranking at the English Premier League table. Their next upcoming matches would be Tottenham, Manchester United, Arsenal and Liverpool. The game ended in a draw 1-1 at full-time.