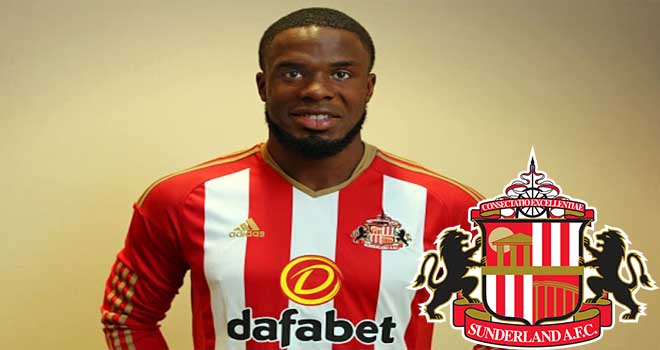 Anichebe becomes the Sunderland 9th summer signing under David Moyes managerial term. Signing a short-term contract until only the end of the season. The 28-year-old Nigerian striker was been released by West Bromwich Albion Football Club in May. According to Anichebe “I’m really happy to be here at a great club,I have a lot of good friends here and everyone knows that I know the manager really well. “ Anichebe also added that David Moyes guided him when he as a young player before which took the big part of deciding to join the Sunderland FC.“I had a few options in England and Europe but the manager was a huge pull for me. He knows me inside out and I feel like he can get the best out of me.” Anichebe added.

Who is Victor Anichebe

Victor Chinedu Anichebe commonly known as Victor Anichebe is a 28-year old Nigerian Professional Footballer a center forward who plays for Sunderland an England Football Club. Anichebe was described as a speedy and a strong player and was very fit for the role. He also played other roles such as a right winger in his football career. The Nigerian Footballer was a former West Bromwich Albion’s striker and started his football youth career at Everton.

Anichebe has reunited with David Moyes seven years ago when Moyes was the Everton manager back on 2002 – 2013. Moyes was the one provided Anichebe his debut in 2006 against Chelsea Football Club. Afterwards, Anichebe leaves Everton while Moyes took over Manchester United.