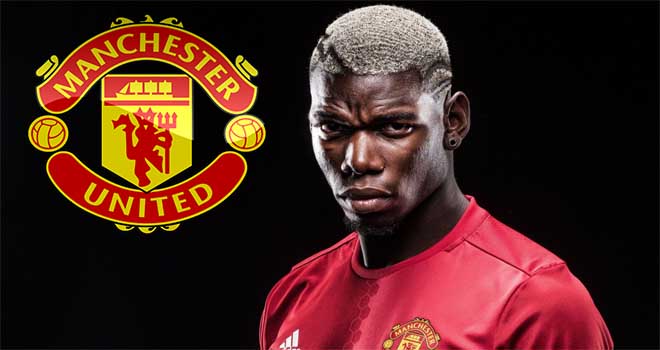 Pogba is back to Old Trafford

Paul Pogba arrives at Carrington to conduct his medical as the first step to complete the world-record transfer closing the deal of £110M. The 23-year-old midfield player had been permission to finish his medical with the former team Manchester United. Pogba’s transfer broke the world record transfer of Gareth Bale who signed to Real Madrid in 2013. Jose Mourinho said.
“I don’t think Real were upset when they broke the record with Gareth Bale or Cristiano. I don’t think it’s a reason to be sad it’s a reason to be proud. Football is crazy and the market has become crazy. What you think this season is crazy, you realize three years later it’s not crazy anymore.”

Paul Pogba the French football superstar sitting on the right side of the Chevrolet Camaro.

Pogba said in an interview by “I am delighted to rejoin United. It has always been a club with a special place in my heart and I am really looking forward to working with José Mourinho. I have thoroughly enjoyed my time at Juventus and have some fantastic memories of a great club with players that I count as friends. But I feel the time is right to go back to Old Trafford. I always enjoyed playing in front of the fans and can’t wait to make my contribution to the team. This is the right club for me to achieve everything I hope to in the game.”

According to the manager Jose Mourinho, “Paul is one of the best players in the world and will be a key part of the United team I want to build here for the future. He is quick, strong, scores goals and reads the game better than many players much older than he is. At 23, he has the chance to make that position his own here over many years. He is young and will continue to improve; he has the chance to be at the heart of this club for the next decade and beyond.”

What to expect with Paul Pogba

Pogba had gained experience as a player now than before. He already proved that he can win titles for Juventus and now it is time for him for the Manchester United in the upcoming Premier League. According to the France footballer, “I would say with experience, with more games, so I think that’s the difference,” “I’ve got more experienced, I’ve won titles in Juventus. I’ve been playing with big players like when I started at Man United, of course. And I came back, I’ve not come back from the academy now just I went to play somewhere else and I came back as, I would say, as a person, as an adult.”