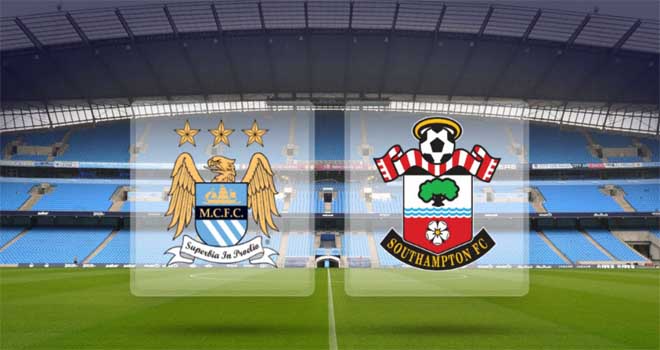 Manchester City stays at the top of the English Premier League. Having with five consecutive games without a wins after facing the Southampton Football Club that ends with a draw 1:1 at Etihad Stadium. The visitors started the lead at the 27th minute game with Nathan Redmond as he was able to deliver a successful goal.

Manchester City Centre-back John Stones poor back pass gives an opportunity for Nathan Redmond to score. Vincent Kompany and Sergio Aguero were left behind while Kevin De Bruyne’s unmarked kick hits the back of the net, Sergio Aguero was standing in an offside position from the ball into the box makes Nathan Redmond deliver an early lead for the Southampton Squad. Manchester City is in the game after the break. A new hope for Manchester City squad after the equalizer shot of Kelechi Iheanacho in the second half at the 55th-minute mark. But Southampton did a great job on holding their lead at least till the 2nd half.

Pep Guardiola once again showcasing the ability of his squad after a huge defeat with Barcelona . Vincent Kompany was superb as well being his first English Premier League start of the season, as well as Manchester City striker Sergio Aguero also restoring the line-up as Manchester City’s previous games without a victory. However, Pep Guardiola’s squad had a lethargic start. The opportunities were very few in the first 15 minutes. Fernando Luiz Roza attempted to penetrate the defense of Southampton, blazing across goal passes out to Raheem Sterling but failed to score.

Southampton really did a great job. They had settled an early lead into the game and they were awesome as well in terms of defensive plays. Dusan Tadic attempted an attack but his cross was easily been saved by Manchester City goalkeeper Claudio Bravo. He was stranded in the 27th minute when Nathan Redmond scores though he is not the one to blame. As Stones poor back pass permits Nathan Redmond an opportunity to goal.

John Stones assumes he had already cope with his mistake, firing Kevin De Bruyne’s free-kick opportunity but the goal was not counted after all Sergio Aguero was ruled to be in an offside position. The disappointments continued for the Manchester City until the halftime ends. As the start of the second half, Pep Guardiola brings Kelechi Iheanacho. That brought a change of the flow of the Manchester City squad. Kelechi Iheanacho the equalizer after 55th-minute mark on the game.

Fernando Luiz Roza fantastic long-range pass has been picked out by Leroy Sane and provided a low cross pass that was excellent for the near post goal by Kelechi Iheanacho. It is his 8th goal for 11 games this season. Manchester City pushing forward aggressively and taking all opportunity to shot. Although Charlie Bravo was instructed to keep his eyes open for Charlie Austin’s drive.

Sergio Aguero threatened the Southampton squad with a late strong run into the penalty area, but unfortunately Sergio Aguero’s strike has been saved by the goalkeeper. Guardiola made some substitutions Jesus Navas and Manuel Agudo Durán in as they desperately look for a victory. But failed to find a good opening and the match ended up in draw. However, Manchester City still at the top of the English Premier League.