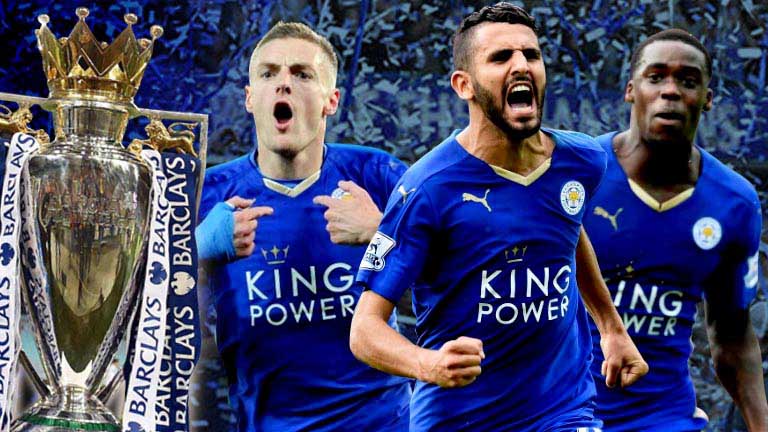 Claudio Ranieri, Manager of the “FOXES” in the Leicester City. Is hoping for Riyad Mahrez to stay in their team wherein they can provide more spotlight rather than signing on different team.?span style=”font-weight: 400″>As Ranieri said?/span>he told “Mahrez, that it would be in his best interest to stay as the main “light” at Leicester rather than just one of many on a big club.”?as he spoke up in an exclusive interview with ESPN FC conducted July 26, 2016.” I think Mahrez for us is very important as our light. If he goes in another big team, there are so many lights, so many stars.” Claudio Ranieri really don’t want to lose Mahrez as their champion and already talked with their striker Jamie Vardy that is being pushed to signed with Arsenal F.C.?/span>Arsenal Football Club is an English professional football club based in Holloway, London, the top flight of English football. However Jamie Vardy spoke up the reason on why he is staying, it is not because of the manager or his teammates but he just want to stay. Followed by “we started our fairytale and we want to continue. This is a dream and we continue together.” That is the exact words that Vardy told their manager and the only words that Mr. Ranieri just say that “It was good”. So the manager of the “FOXES” proved that he can still hold up his players but was not able to stop N’Golo Kante from signing in for Chelsea F.C. Chelsea Football Club are an English professional football club as well that based in Fulham, London and competes in the Premier League of England. Kanté were offered to join the big team which is the Chelsea, I still tried to hold him to be part of my team but the words weren’t good enough to let him stay and he wanted to leave, The proud manager can only wish him all the best. So overall the main topic of this article is how Claudio Ranieri deliberate about Vardy’s decision for staying, Kante’s decision to leave for Chelsea and Riyad Mahrez future in Leicester City.

RIYAD MAHREZ (Midfielder) – Is a professional footballer player that is playing for “FOXES” in Leicester City. Rumored to be transferring with Arsenal with his teammate Jamie Vardy. To be called the “champion” and the “light” of the manager of Leicester City Foxes.

Arsenal F.C,are thinking on adding Mahrez to their team as they look for more pace and creativity

JAMIE VARDY (Forward) – Is the striker of the?span style=”font-weight: 400″>“FOXES” in Leicester City. Offered by £20M by Arsenal F.C but Vardy’s representative are talking about a 4-year deal at £120,000 per week. However at FOXES he is reported to be on?strong>£80,000 per week. so he can still earn over?strong>£16M?/strong>the same period. But already confirmed that he will not transfer for the reason that he wants to stay with the FOXES to pursue their dream together as a team.

Jamie Vardy was A former carbon-fibre splint factory worker and now looked up now as a football superstar by finishing the Barclays Premier League with 24 goal points and 6 assist.

Chelsea F.C, formalize interest in N’Golo Kante after he refuse the renewal contract from Leicester City. Even though he was offered £100k per week.

What To Expect On MAXBET

We are assuring all of the information that we are providing is coming from our reliable source. So you don’t have to worry about if we are misleading you on the sports news that you monitoring. We can guarantee you that this sports news are fresh and consistently good in quality or performance.?/span>

Our team is consistently updating this website so don’t forget leave your comments or suggestions below.Feel free to follow our sportsbook news updates on MAXBET either on desktop or mobile.