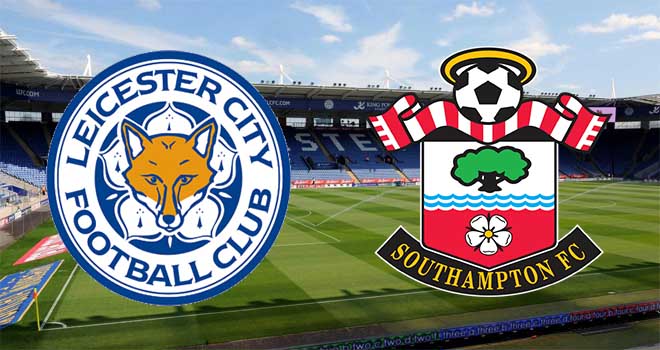 Claudio Ranieri against Claude Puel for the fourth time in his entire career expecting this would also be his fourth win this match.

A lot of noise at King Power Stadium at this very moment. Both sides are taking a bit of time to suss each other out.

Southampton started to attack! Striking the ball into the box and Charlie Austin passes the ball to Nathan Redmond but was not able to score it went offside. However, Kasper Schmeichel is ready for the block.

A wonderful pressure coming from Leicester City. Riyad Mahrez tries to goal but still nothing and Southampton trying to make another attack. Nathan Redmond and Ryan Bertrand did what they can but their efforts still fails to score. Charlie Austin comes releases a header from a Cedric Soares cross but Kasper Schmeichel was able to save.

An excellent passing skills showing by the Southampton squad. As Cedric Soares goes to the right and cuts back but Charlie Austin can’t connect and break the play.

Southampton squad are really on top just now as Dusan Tadic seeks another opening to launch a shot. But Riyad Mahrez breaks the momentum of the Southampton squad as he made a counter and steals the ball. But the ball has been caught on Islam Slimani’s feet.

Charlie Austin takes the possession on the right wing as Danny Drinkwater and Jamie Vardy miscommunicate each other and releases an early shot from a very bad angle. It was a great strike but hits the bar.

Southampton are determined and playing with purpose on the other side Leicester City are very defensive at the very moment. Dusan Tadic’s passed the ball to Nathan Redmond tried to break the Foxes the defense but the hosts was able to clear the ball.

A big problem for Cedric Soares as he keep chasing Marc Albrighton. He’ll need treatment which means an early substitution for Southampton.

Play goes on with the Southampton defender has been treated on the side.

Cedric Soares is back on again but as you can see he is not comfortable and you might wondering now is he really capable of going back after a short rest?

Southampton’s pace dropped following that stoppage for Cedric Soares. He’s been an essential part of their early play. However the tempo of the game had just stopped as well for both sides.

As expected for Cedric Soares it’s the end of the game for him. As Southampton manager Claude Puel sees him struggling to continue makes the decision to replace him with Cuco Martina.

Steven Davis tries his luck but Kasper Schmeichel saves. A nice effort but it was a shot straight to the keeper.

A big chance for Leicester City! As Virgil Van Dijk is short with the pass back and Jamie Vardy latches on to it. But Jamie Vardy’s attempt is cleared. Lucky for the Southampton squad.

No goals yet for both sides but it is been an entertaining encounter up to now.

A penalty claim for Leicester! Southampton got caught out as Oriol Romeu is caught short and Islam Slimani is on to the loose ball before being bodychecked by Jose Fonte in the area. But his claims are dismissed.

As the half time ends both squads is goalless.

No more changes for the start second half aside from Cedric Soares went off in the first half with that injury.

A quiet start for both squads. Jamie Vardy struggles to hold on to possession.

A chance for Leicester City! As Virgil Van Dijk and Oriol Romeu take down Riyad Mahrez granting the Foxes to have a free kick in a dangerous area.

A yellow card has been issued for Riyad Mahrez for not following Martin Atkinson’s whistle. A frustration from Leicester squad after the ball drifts out for a goal-kick.

A huge opportunity to take the lead for Southampton! As Coco Martina’s cross is only partially cleared by Morgan Schneiderlin and Steven Davis but was been deflected to the corner.

Another attack coming from Southampton! As Nathan Redmond goes close! Steven Davis is making his move again that picks out Ryan Bertrand but his shot was weak and an easy save for the Foxes goalkeeper Kasper Schmeichel.

Another attack for the Southampton! They must be wondering how many chances before they can penetrate inside the Leicester defense. Charlie Austin tries to trick Kasper Schmeichel but was failed to score. The goalkeeper reads what Charlie Austin intended to do.

Substitution for Leicester City with Marc Albrighton and Jamie Vardy going off for Demarai Gray and Shinji Okazaki coming in.

Pierre-Emile Hojbjerg tried to strike with a long shot but Kasper Schmeichel was able to clear the threat.

A substitution for Southampton Dusan Tadic goes off for Shane Long as Claude Puel tries to get his team ahead.

Robert Huth tries to penetrate the Southampton’s defense that feeds Shinji Okazaki but the ball sneaks just wide even though he beats the keeper.

Leicester City makes their third change. Islam Slimani out and Leonardo Ulloa will go in.

Charlie Austin’s game is also done. Did he impress Gareth Southgate in the stand?we will gonna find out later if he is entering the England squad.

A big miss for the Southampton squad! Lifts the shot from just inside the area a yard over the bar. What a waste!

The game is almost done as the both teams are just waiting running around the final minutes. Southampton would be frustrated after not taking three points as they’ve had good chances to secure them.

A Great build up from Leicester City with Riyad Mahrez and Shinji Okazaki but the move ends with Leonardo Ulloa shooting over and it’s all over. The game ended in full-time as the referee conduct the whistle to end the match with 0:0.