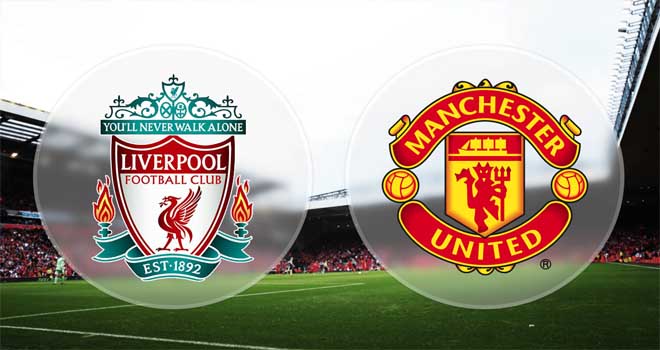 Liverpool faced Manchester United at Anfield Stadium that ended up in draw 0:0. The Red Devils Goalkeeper David de Gea has made decent save in the second half from Emre Can and Philippe Coutinho that prevented Liverpool to earn a top spot from the English Premier League. It was named “Red Monday”. Overall the game was dominated by the visitors. They missed some good opportunities especially when Zlatan Ibrahimovic misses a simple second half header. The draw means nothing regarding with their ranks at the English Premier League. Liverpool will stay at top four and Manchester United at top seven.

Liverpool manager Jurgen Klopp’s attacking strategies were restricted from the start as Georginio Wijnaldum has an injury and Adam Lallana was the only fit for the substitute with Wijnaldum at the bench. Which means Emre Can and Daniel Sturridge were given to bring the spotlight to Liverpool. Ashley Young has been assigned to play as the left side winger. While Wayne Rooney the Team Captain stays as a reserve.

Marcus Rashford avoided an early score after drawing a late challenge on James Milner. The Anfield Stadium audiences roared their anger at the foul because of the frustrations before the end of first half. Manchester United are showing a good defensive play. But the squad is still threatened by the counter-attack from Liverpool. Marcus Rashford beat James Milner and aggressively moved forward to Loris Karius to push away to set up his low cross to Zlatan Ibrahimovic lurking but the Swedish striker fails to score. Roberto Firmino attempted to score with a header but Manchester United goalkeeper David De Gea was able to stop the threat.

Liverpool’s goalkeeper Loris Karius carelessly kicked a back-pass straight to the feet of Manchester United Paul Pogba on the edge of the area. Then Pogba passes the ball straight to Zlatan Ibrahimovic but was failed to score and sad to say but that was the best chance for the Red Devils to score. David De Gea inserted to a serious action at 59 minutes of the game when the Liverpool Emre Can penetrating the defense. He made a shot at 12 yards forces the Manchester United goalkeeper to push away from his right. David De Gea made such a wonderful save from a strike coming from Philippe Coutinho.

Manchester United manager Jose Mourinho is surely proud of his diligent team knowing its duties and responsibilities. However, Antonio Valencia’s excellent late tackle to deny the aggressiveness of Roberto Firmino added up an exasperated night for Liverpool squad. Will be facing West Brom Football Club at the newly wide Anfield Stadium.